A Nation in Need of Healing 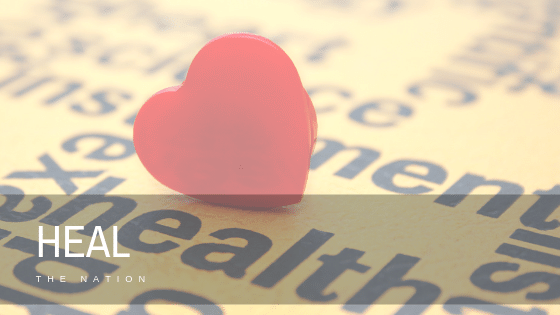 Division is something of a fact of life for democracy. In a political system like this one, compromise is the order of the day. We go to the polls, we cast our votes, and we throw our support behind the candidate or party we most agree with. In some cases, we get what we want. In other cases, we do not, and the perpetual cycle of debate and conversation continues.

But, in Australia – at least recently – that division has taken on a different hue. There is, of course, a division between the supporters of the rival political parties – an inherent symptom of a functioning democracy – but there is another, more disturbing division currently evident in our society; the division between the state and its people.

In 2007, 86% of Australian voters described themselves as satisfied with the country's democracy. By December 2018 – a little over eleven years later – this figure had more than halved, dropping to an all-time low of 41%. Further research found that satisfaction levels had dropped from 72% to 41% in only five years between 2013 and 2018.

It was amid this climate of distrust and division that 10 Daily editor Lisa Wilkinson sat down to pen her open letter to the coalition government leader Scott Morrison. The letter is a plea; a plea to Morrison and his allies and rivals to begin the process of healing in Australian politics, and in Australian society at large.

Wilkinson describes a people who are "sick and tired of the energy spent on in-fighting, political point-scoring and the tribal, factional warfare of recent years". This is a people who are "aching for inspiring solutions put together by serious people, at a time when we are facing serious problems."

But Wilkinson's letter is not an abstract call to the recent federal election victor to 'do a good job' or to 'get the people behind him'. Instead, the letter goes into some detail regarding the sorry state we, as members of our beloved community of Australians, find ourselves in as we move towards the second half of 2019. Wilkinson discusses our homelessness crisis, or drug abuse and reliance crises, the soaring levels of mental health issues and suicide that are plaguing our country, the struggles of women in the workplace, and other problems we currently face as a nation. It would take a very cynical mind to read Lisa Wilkinson's letter and not agree with most, if not all, of what she says.

So, Australia is a nation in need of healing, but what form does this healing take? It is clear that Australians, collectively, are being let down by the leaders we have elected to represent us, but how can a change come, and from where?

But we cannot do this alone. As Lisa Wilkinson noted in her heartfelt letter, we need those in positions of power at Parliament House to do the same. The division we are experiencing in Australia stems from this disconnection between land – in both a physical and a spiritual sense – and the people who live here. Until we can address this, the healing process cannot begin.

We would do well to look to the wisdom of Australia’s First Peoples, built up over 60,000 years of connection as a guide to see our way forward to build a connected vibrant society for future.