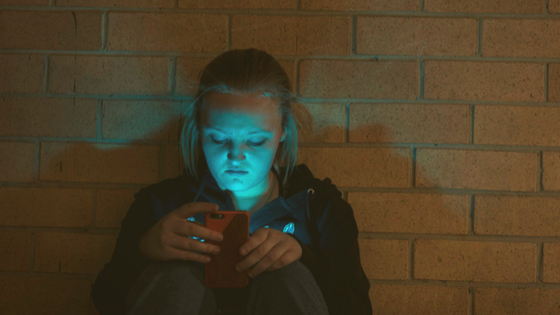 There is an ugly thread which runs through our history - not just in Australia, but all over the world: bullying. Bullying has always taken many forms, including exclusion from social groups, verbal assaults, and even physical violence. Similarly, bullying has always been fuelled by a variety of factors - ranging from racial, sexual, and ableist prejudice, right through to simple personal dislike.

But in the modern landscape, bullying has been transformed. To borrow a phrase from global political discourse, 'the threat has evolved'. The number of young people who describe the internet as 'very important' to their daily lives has doubled since 2009. This drive towards connectivity has provided bullies with unprecedented access to their potential victims, making it far more difficult to combat the often catastrophic effects of bullying.

This increased connection is a key part of 'the social me', which we have discussed in recent posts. It offers a means for our younger generation to form positive relationships with other young people from all walks of life, and to gather information which can help them to understand their position in society. Unfortunately, it can also leave young people vulnerable.

Instances of playground bullying - for example - can now be carried over into the homes and bedrooms of victims. While bullying has always been a severe issue in Australia and beyond, there was once the possibility of refuge and a 'safe space' away from the bullies. In the digital age, this refuge is almost non-existent.

In 2014, it was reported that one in five Australian young people between the ages of eight and 15 had experienced some kind of cyberbullying. In 2016, a report found that 64% of females in school years six to 12 had been victimised online, demonstrating a growing problem.

So what is the solution? I will be discussing appropriate responses and prevention tactics over my coming posts, but in the meantime, we can look to the Cyberbullying Research Centre, who provide an excellent resource for educators looking to stamp out the problem.

Some of their tips include:

So, while bullying has changed, the battle against it is certainly not lost. It is up to us - all of us - to do what we can to keep our next generation safe from harm online.