Emotional Intelligence in Leadership – Managing Emotions in the Right Way 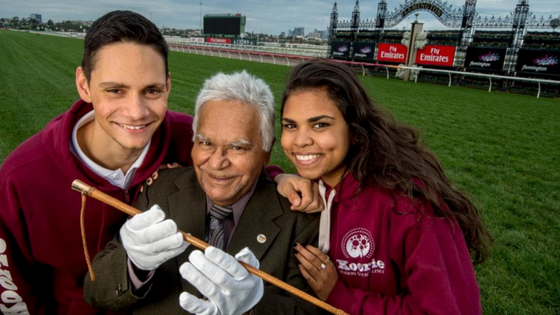 When we consider what it means to be a successful leader in business, traits such as 'drive', 'determination', and a 'will to succeed' crop up again and again. However, these positive attributes cannot exist in isolation. They must be accompanied by inherently human elements, such as 'understanding', 'altruism', and 'empathy'.

These elements can only be accessed if we have a finely honed level of personal emotional intelligence.

This is something which Ursula Burns knows very well. The former Xerox CEO recognised early in her career that understanding her own emotions, and learning to effectively read and respond to the emotions of others, was necessary if she was to achieve her personal goals and to bring about the changes she wanted to see in the workplace. Through an inspiring commitment to EQ and to providing a positive influence to her team, Ursula was able to create a winning workplace culture at the photocopier giant, something that still exists to this day.

A little closer to home, we can take similar influence from the story of Richard "Uncle Darby" McCarthy; a former jockey from Cunnamulla in Queensland, who has become known for his advocacy and leadership within Indigenous communities, including, but not limited to, that of his own Mithika people.

Recognised as a great leader on several separate occasions, Mr McCarthy remains humble and self-aware despite the adulation he has received. It is left to his many admirers - including track and field pioneer Cathy Freeman – to discuss his keen emotional understanding and finely honed EQ.

"I learnt some precious lessons from Darby, who taught me in his own charismatic and crazy way what it takes to be a real contender," the Olympic gold medallist said," to rise above everything and everyone else to be your very best."

These are two stories - two quite different stories - which paint a picture of what positive demonstrations of EQ can look like in terms of leadership. In the case of Ursula Burns, we see the story of a woman from relatively humble beginnings, who was not only able to rise to the top but was also able to foster positive working conditions for a major global employer.

In the case of Richard McCarthy, we see a man who uses the power of communication – itself an art which relies heavily on EQ – and positive reinforcement to bring out the best in people. These are the traits of a truly effective leader in the community.

So, this is how EQ should be deployed. When we view emotional intelligence in this light, it seems exclusively positive and beneficial - what could possibly go wrong?

Let's approach the concept in a different way. Let's think about it like this:

Most of us have met someone like this in our personal and professional lives. Some of us may have even used emotional intelligence to our own ends ourselves, to our own discredit. Once we begin to play with the emotions of others - to use nefarious tactics to influence other people's feelings - we are beginning to take steps down a dangerous path.

This is why I plan to spend longer exploring emotional intelligence and getting to grips with its depths. If used in the right way, the positive benefits of EQ are innumerable; if deployed maliciously or with ill intent, it can only be described as a force for bad.