Is It Time to Re-think the ‘Three Rs’ of Australian Education? 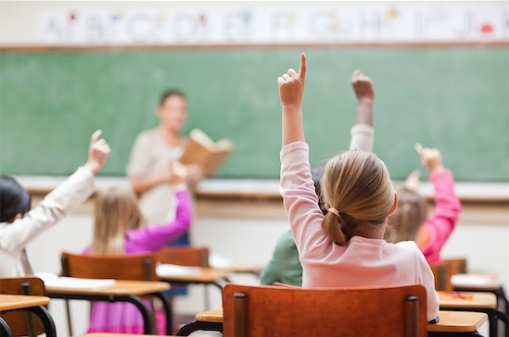 Storytelling and narrative culture is – quite literally – etched into the very landscape of Australia. For millennia, oral narratives have been a key component of Indigenous life and tradition, and have been spoken at gatherings, sung around campfires, passed on from generation to generation as a means of keeping beliefs and customs alive.

But the tradition goes deeper. Many of the stories and songs make up the songlines – dreaming tracks along which individuals can walk, singing the songs they had learned and understanding the ageless narrative of the landscape itself.

Our land is criss-crossed with such pathways. Everywhere from Greater Sydney to the central Simpson Desert, to Ubirr in Northern Territory and beyond, we can see evidence of these pathways, and the resonance of their importance echoes on.

However, this vital piece of Australian heritage is in danger of being lost. Not because of industrialisation, modernisation and the eradicating of traditional values, but simply because of the way in which we speak.

It is estimated that Australians use only two-thirds of the muscles that are necessary for articulation on a regular basis. This leads to a degradation of the very language most of us claim as our own. ‘I’s become ‘oi’s, ‘t’s become ‘d’s and ‘a’s become ‘e’s and ‘I’s.

This substandard use of language, and the difficulties which come with it, has been passed down to the next generation. Poor speech skills are now evident in young people across the strata of our society, which in turn leads to a lack of confidence and a tendency to take emotions and thoughts and to internalise them until they are compressed and restrained inside. Emotional problems and a constant struggle to achieve true social interaction can only be the result.

We see the long term effects in our society already. Difficulty with decision making, struggling relationships, stress retention, loneliness and stunted development not only harm the individual, but they are detrimental to the very cultural fabric of Australia.

Along with traditions of Dreamtime and storylines, and a culture of the oral transmission of legends and mythologies which become intrinsic to humanity, Indigenous Australians have a long history of rhetoric.

This skill – which involves communicating with clarity and precision, rather than simply speaking – helps to reinforce the physical mechanics of speech, and to rebuild and repair the psychological function that comes with it.

Without rhetoric, without the ability to truly express ourselves, we will always struggle to fulfil our true capacity; we will only ever be incomplete individuals unable to reach our full potentials. The ‘Three Rs’ of Reading, [w]riting and [a]rithmetic will continue to provide the cornerstones on which Australian education is built, but perhaps it is time to go beyond this.

Perhaps a focus on teaching and developing rhetoric – on building rhetorical skills into the national curriculum – could help to bolster the next generation, both assisting them individually and also benefiting society as a whole. The result is a more robust culture for Australia, and a generation of youngsters who have the orational tools they require to fulfil their true potential.

Choosing to do this we could give a resounding thank you to Australia’s First Peoples for leading the way.