Leadership, Redefined: Why a True Leader Needs to Be an Enabler, not a Prohibitor 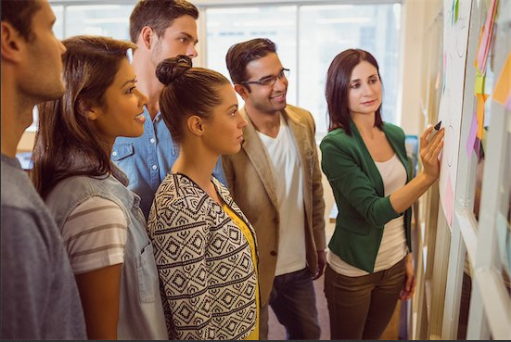 For most of us, our first encounters with leadership occur in school. Of course, our parents, grandparents – maybe even our older siblings – saw themselves as leaders, helping us to understand the world around us, but they fulfil other roles too. Often, it is a school teacher who is our first true enabler in life.

Thinking back to your time at school: which teacher do you remember the most fondly? Who delivered the most important life lessons; the general skills and advice which you could then apply within your own framework as you grew older?

Was it the sergeant-major-type; the one who barked instructions at you and made you live in fear? Or was it the warm, nurturing teacher, who led by example and taught with compassion, understanding, and inspiration?

Chances are it was the latter; because this is what the enabler looks like in action.

Leadership in the Political Sphere

By fast-forwarding a few years, we can begin to understand what such a concept looks like when applied to adult life. In our universities and workplaces, we find ourselves drawn to the managers, tutors and bosses that make us feel empowered and enabled. On the sports field it is the same; the leaders who get the best results from their teams are those who facilitate great performances, not simply punish the bad ones.

But what about in the political sphere? Our political leaders have arguably the greatest responsibility of all, inspiring and fostering hope and belief in their own party members, opposition party members, and, of course, the general public.

Delivering this type of leadership is certainly no easy task. It requires nuance and balance, it requires strength and decisiveness but also intelligence and compassion, and it requires transparency. The people do not wish to be told where to go, they want to be enabled to go, and then guided. This, again, is what real leadership looks like.

The Highest Echelons of Power

We have seen these truly gifted leaders at the very top of the political tree in Australia. Rankings published by The Age named John Curtin and Robert Menzies as the best examples of leadership in the office of the Prime Minister, while the Nielsen Ratings place Bob Hawke at the head of the field for post-1972 PMs.

America is no stranger to these great leaders either. Statistics released by polling organization Gallup showed John F. Kennedy to be America’s most popular post-war president. Over almost three years in office, the 35th President of the United States had an average approval of 70%; the highest of the post war era.

This is thanks to Kennedy’s considered foreign policies, careful handling of the social and domestic problems that gripped America at the beginning of the 1960s, and a personable – yet statesmanlike – demeanour. Had his term not been cut brutally short in Dallas in November 1963, we would have seen still more from John F. Kennedy.

As it is, he remains a model for how the universal qualities of leadership can be developed and applied to work in the Oval Office.

Leadership in the Post-Truth World

This is certainly not how leadership looks today, when we cast our eyes across the Pacific to the United States. In November 2016 – just two weeks shy of the 53rd anniversary of the death of John F Kennedy – Donald Trump was elected to the highest office in the US.

The campaign trail that led Donald Trump to The White House was littered with misinformation, misattributed facts, manipulated figures, and – for want of a better word – outright lies. The Hilary Clinton campaign was drawn in too and, for a time, the whole thing descended into a farce. There was no question; politics had entered the Post-Truth world.

Since then, during the transition and into the term-proper of Donald Trump’s presidency, we have seen a new and disturbing form of leadership. We have seen the less-fortunate and the less-able bullied, we have seen opponents hectored and browbeaten, we have seen censorship and arbitrary detention advocated, and we have seen questions of morality and ethics dismissed out of hand. To put it simply, the situation is frightening.

Of course, Trump is not our President. He has no jurisdiction in Australia. However, he is in the hot-seat of perhaps the most recognised, scrutinised and analysed job in the entire English-speaking world. He is the symbol – the possible role model – that the next generation of leaders will grow up looking to for inspiration.

This is not a personal issue with Donald Trump; it is just a reminder of what leadership can mean, and questions what it should mean. The best leaders or enablers – in business, education, in our communities, politics, sport, families, basically everywhere you can think of – are those who enable the other. They are the people who help us to do things, not hinder us. They bring out the best in the people they lead, and they foster a spirit of collaboration and togetherness. Uniting a select group of people against a common enemy is not leadership; it is division for storing exclusion and fear.