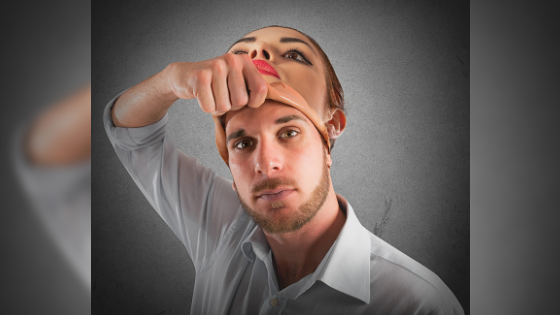 Traditionally, emotional intelligence has been considered a feminine trait, while men's brains are perceived as more suited to practical or creative tasks. Taken at face value, such a perception may seem complimentary and respectful towards women, positioning them as more socially astute and emotionally aware when compared to their male counterparts; but the truth may be a little less positive.

Let's think about what these words have meant in the past. Emotional intelligence: warm, nurturing, someone good at looking after the family and taking care of family matters. Practical, creative: someone more suited to life out in the 'big, bad world', a breadwinner. When we look at the issue in this light, we can see how this perception has reinforced traditional gender roles, and how this has left women somewhat short-changed within society at large, whether this is in terms of employment opportunities or political aspirations.

In today's world, however, the accepted understanding of these concepts has shifted. We now recognise emotional intelligence as something vital within all of our social structures - from the family home, through community groups and workplaces, to the highest levels of political office. No longer is social and emotional intelligence a concept which can be used to subjugate women, or to keep womankind in 'its place'; instead, they are powerful tools to be harnessed for the greater good of our society.

But is there, in fact, some truth in this perceived discrepancy? Do males and females really develop social intelligence in different ways? Can women really be considered to be more socially intelligent than men?

A study conducted by consultancy firm Korn Ferry in 2016 suggests that the answer to all three questions is yes. The firm's data was drawn from a broad variety of sources, bringing together 55,000 professionals from 90 countries between the years of 2011 and 2015. By analysing 12 distinct facets of emotional and social intelligence, Korn Ferry discovered that women outperform men in all but one of these.

As you might expect from a study of this size, there is an enormous amount of data to be processed here. Some of the key findings involved self-awareness and empathy, and an ability to put this into practice in the workplace and in general leadership roles. The study highlighted that women are 86% more likely to display consistent and effective emotional self-awareness than men, and are 45% more likely to demonstrate consistent empathy. When it came to a positive outlook on life and work, the margins were somewhat smaller, although women still came out on top by 9%. It was only in the area of emotional self-control that men and women were found to be just about equal.

Other recent studies also seem to support this. A research project on sexual behaviours published by Ferdinand Fellmann of the University of Technology in Chemnitz and Esther Redolfi of the University of Innsbruck concluded that there are significant differences between male and female intelligences. Fellmann and Redolfi stated that male intelligence does, in fact, tend towards the creative, while "women’s intelligence on the other hand remains nearer to emotionality and thus gains an increased vitality for social behavior".

Adopting a Practical Approach to Social and Emotional Intelligence

Of course, such studies are never without controversy. When we examine our own lives, thinking back to people who have inspired us, whether at work, at school, in the home, or in another capacity, most of us are able to identify numerous figures, both male and female, who display high levels of creative and social intelligence. It is not enough to simply say that males are biologically precluded from developing social or emotional intelligence, just as it is wrong to say that women are similarly prohibited from tackling creative projects. Instead, we must recognise the differences in development styles, and work to support this development in our next generation, regardless of gender.

So what does this mean in practice? To begin with, this means stepping outside of cultural and political definitions of masculinity and femininity. While there is a continuing debate of nature and nurture when it comes to social intelligence, it cannot be denied that socially intelligent traits such as empathy and emotional self-awareness have previously been deemed 'unmanly'. This perception has certainly altered somewhat in the twenty-first century, but is still inhibiting the development of emotional intelligence in young males.

Supporting emotional development in both males and females also means fostering a more intimate level of social engagement. Social and emotional intelligence are not only valuable attributes in a leader; they are critical elements of a thriving community or society. Without an element of emotional investment in the situations of others, without a degree of empathy and altruism applied to our daily lives, society as a whole would begin to disintegrate. It is not a naive or an unrefined notion to say 'we are all in this together'; it is the truth of any effective, functioning social structure.

Once this engagement is fostered, the benefits and advantages which come from social and emotional intelligence start to be self-evident. An understanding is reached that such intelligence is necessary, not only to inspire and to lead but to work towards the unified goals of our society. From here, our workplaces, our educational institutions, our public offices, our community groups, our sports teams, our family units, our homes - all of these spaces become forums in which emotional intelligence can be deployed, by both men and women.

This creates the framework which all of us need to develop social and emotional intelligences, and to fill the gaps and cracks which sadly still exist within our society. With the motivation and with the clear evidence of the rewards already in place, this process of development becomes much easier. Men and women may well nurture social intelligence in different ways, and women - as the case may be - are perhaps predisposed to develop this intelligence more quickly and more easily, but all of us can connect with the benefits it brings.