The Awakening of 'The Spiritual Me': An Age-Old Search for Core Truths 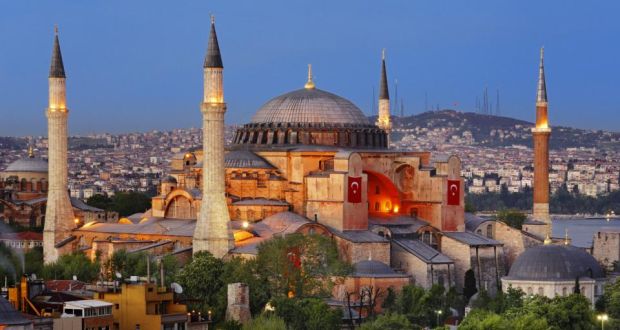 Last week we discussed 'The Spiritual Me'; one of the many facets of personal understanding that we have been exploring this year at Learning Ground.

A spiritual understanding of the self is equally as important as a physical, social, or emotional understanding, but it is perhaps the aspect of our self-knowledge which is most often misrepresented. Over the centuries and millennia which make up human history, religious conflict and acrimony have cost the lives of countless individuals who have become caught up in its hysteria and these things have cost the freedoms of countless more.

But it need not be this way. A search for meaning - a search for union with something bigger than ourselves, outside of the physical – is intrinsic to human nature, and human history presents us with hundreds of examples of non-contiguous religious beliefs co-existing side by side, thanks to the possibilities for tolerance and empathy.

An Age Old Search for Meaning

Spirituality and a search for this kind of intimate connection with something other, has been a part of human history for at least 12,000 years. Archaeologists at Göbekli Tepe in Turkey have unearthed stone circles and structures of worship from as early as 10,000 B.C; pre-dating similar structures in Egypt, Iran, and Iraq by several thousand years. Some anthropologists believe that the burial customs of prehistoric man are evidence that spiritual awareness extends back even further than this.

So this search for spiritual meaning is as intrinsic to us as humans as is wearing clothes or speaking our native language, but how has this impacted on our society?

If we look at some of the greatest examples of human endeavour and ambition - the architecture which has shaped the way in which we view the world - we begin to see the remarkable and inspiring effect which spirituality has had on us as a people. From Saint Paul's Cathedral in London and Notre Dame in Paris, via Istanbul's Hagia Sophia, Jerusalem's Kotel, and Samarqand's Registan madrasah complex, through to Prambanan in Indonesia, Angkor Wat in Cambodia, and the Tian Tan in Beijing, the world is full of demonstrations of the power of spirituality, and of the lengths to which humans will go to forge this profound and eternal connection.

But this does not mean that a spiritual understanding of the self if confined to grandiose gestures and vast projects. Nor does this mean that only followers of Christian, Judaic, Islamic, Buddhist, or Hindu traditions can achieve this kind of spiritual awakening. Spirituality is, in fact, a much more personal concept than many people recognise, and it is through a better understanding of these personal aspects that we can live side by side with people from different belief systems, without conflict or criticism.

For many of the Indigenous peoples of Australia, New Zealand, and the surrounding islands, spirituality is not about building vast edifices to the deities but is instead about fostering a deeper connection with the land and environment which is all around us. For this reason, our continent is crisscrossed with paths and trails of religious significance to many of the cultures which inhabit this land, and it is dotted with sites of deeply profound spiritual meaning. In effect, our country is interwoven with spirituality, permeating into its very soil; surely a major source of inspiration and encouragement for anyone feeling disconnected from their spiritual self.

This is our search for core truth and meaning. It has been going on for millennia, and will likely continue for millennia more. What is critical for us, as human beings, is that we can learn to co-exist with those who follow other systems of belief. This is the value of acceptance and tolerance of differences in belief without criticism or fear, and we will be discussing that next week.

Please get in touch with me if you have any questions about what we are covering or about our aims and objectives for this semester at Learning Ground and The Chain Reaction Foundation.