The Power of Place: Reconnecting With the Land Through Communication 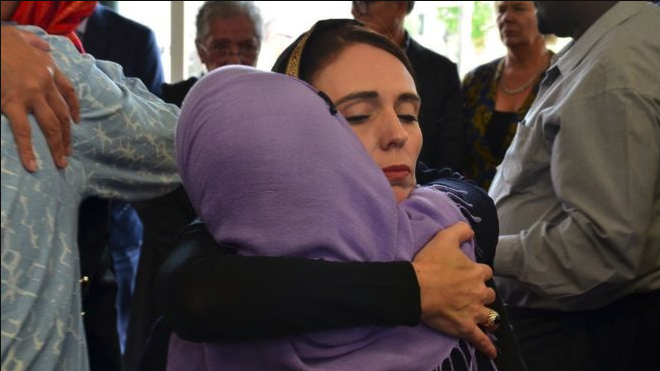 As Friday afternoon wore on, and thoughts turned towards the weekend, as they naturally do at this time, news began to break of sickening events taking place across the Tasman Sea. Sketchy reports emerged, filled with the kind of words that can only turn stomachs – words like “shots fired”, words like “panic”, “violence”, “desperation”.

It wasn’t long before the reports of wounded became reports of the slain, and it became clear that the events at the Al Noor Mosque and the Linwood Islamic Centre in the New Zealand city of Christchurch were our worst fears, realised. By the time the terrorist was apprehended, 49 human beings lay dead, with 51 being treated for their injuries. One of those 51 would tragically succumb to their wounds later on in Christchurch Hospital.

It is difficult to take stock of something so enormous, so monstrous. 50 people, many of whom were immigrants to New Zealand in search of a better life, all of whom were simply exercising their right to practice their chosen faith in peace and safety, murdered at the hands of a man in the thrall of a twisted ideology. 50 people who woke up on the morning of March 15th, just as all of us did, with hopes and dreams and expectations, with duties and responsibilities. 50 people who did not live to see another day.

Events like these are mercifully rare in Australia and New Zealand, and yet still they shake us to our very core. They make us question what it means to be Australian or New Zealander, and what it means to exist here in this beautiful land all of us call home. But events like these, no matter how horrendous and how barbaric, cannot shake our connection to this place, and our connection to each other.

Let’s consider the stories of just a few of the victims of these tragic events. In the aftermath of the massacre, it quickly became clear that 71-year-old Haji-Daoud Nabi had been shot to death while attempting to save the lives of others. Nabi was born in Afghanistan but had lived in New Zealand for 42 years. Khaled Mwafak Alhaj-Mustafa had been in New Zealand for a shorter time, after escaping the conflict and atrocities in Syria; he would be critically injured and later die in hospital. Other victims, such as 14-year-old Sayyad Ahmad Milne, three-year-old Mucaad Ibrahim, and 36-year-old Junaid Ismail, had lived in New Zealand their whole lives or since early childhood.

This is where the ideas of white nationalism that fuelled the killer’s murderous rampage fall apart. The idea of taking the lives of those with a different ethnic background, or with a different faith, to our own, in the name of some kind of righteous cause, is simply abhorrent. If we are to grow, or even survive, as a people, we must communicate, we must talk, and we must understand one another’s experiences of the land we all call home.

It is only via this communication that we can begin to understand one another and to recognise the way in which others approach and respond to the land we share. Without this, we become disconnected, not only from each other but also from the land itself. We cannot enjoy a complete existence, as Australians, as New Zealander’s, or as anything else we identify as if we lose this connection.

On March 15th we witnessed an extreme example of this kind of disconnection. How we respond, with our actions and our words, is critical to our future as a society.