Why a Sense of Belonging Is Vital for Successful Leadership 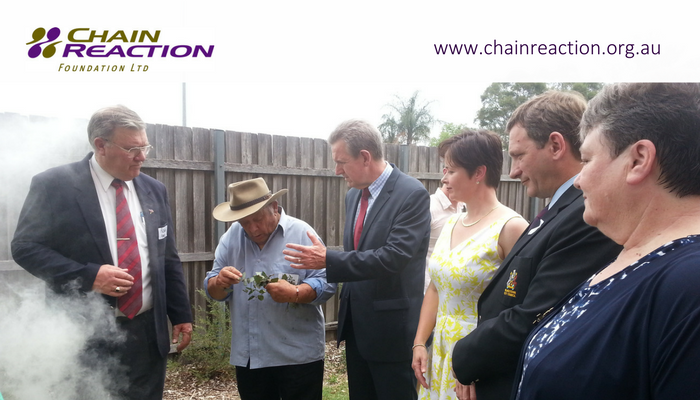 The concept of 'belonging' in a certain area, city or country has been a key political driver for decades. Whether we are displaced refugees searching for amnesty, teens starting school in a new suburb for the first time, or proud community members who still live down the street from where we were born, a sense of belonging and feeling at home is what we aim for. This is what makes us feel secure and linked to something greater than ourselves.

In a country like Australia, which thrives on migration and the influx of foreign-born individuals to its shores, this level of connection might seem difficult to achieve. However, the evidence would indicate otherwise. Over a quarter of Australians were born overseas, while 46% have a parent who was born outside the country, demonstrating the attraction Australia still holds for international migrants and also the strength of its communities.

What's more, even communities that the media considers 'at risk' or in some way excluded from society at large report positive levels of engagement. A survey published by The Guardian newspaper in 2015 found that 97% of Sydney's Islamic community felt they 'belonged' in the city, and that relationships between Muslims and non-Muslims were generally good. There is still work to be done in terms of fostering inclusion and integration, but current signs are encouraging.

So, we may have succeeded in building communities in which citizens can feel at home, but what about leaders in disadvantaged areas? For these leaders, a sense of belonging and of civic pride is vital. Without it, they cannot perform their duties effectively.

Let's envisage a young community leader working within a nationwide or statewide organisation. The person is ambitious, keen to make a wide-ranging difference, and brimming with positivity and enthusiasm. However, they see their appointment in a depressed or socio-economically disadvantaged area as a stepping stone; a way to graduate further along their chosen path of professional development.

The young leader is motivated and driven. They make the moves and carry out the actions that they know will raise their status within their political party or community organisation. In doing so they provide a direct benefit to the locale in which they serve. But is this enough? Could the community be better served by a different focus?

The challenge lies in the level of engagement, not only with the local community, but also with the challenges and issues that the community faces. An ambitious leader will make some progress but a significant proportion of their attention will always be placed elsewhere. By not committing fully, they risk damaging the community unknowingly or leading it in the wrong direction.

An effective leader needs to take ownership of the circumstances that a community faces and of the challenges which must be overcome. This requires a shift in mindset; one that takes the leader from the philosophy of "I am here to help these people overcome their difficulties" to "these are the issues that we face as a community". This is what it means to belong; this is what it means to be wholly present in an environment and to stand shoulder to shoulder with residents of all backgrounds.

Motivation is also key here. No community leader is wholly cynical and most will actively, genuinely, seek to bring positive changes to the communities in which they work. However, this desire can become clouded or even conflicted by external motivations. If a careerist mindset is adopted – if the leader, either purposefully or inadvertently, opts to put their own needs before those of the community – then it is the community which will suffer as a result.

By approaching a leadership role with the right motivation and with a mindset untarnished by thoughts of career advancement and professional development, the leader is building the right foundation for their tenure and giving themselves the best possible chance to achieve great things for those that they lead.

It is not necessarily the case that an effective community leader must be one who was born and raised in the community; one who has witnessed and understood the leadership dynamic within the family home, within the classroom, within the workplace, and beyond into government and political leadership. A leader can come from any background. They can enter into a leadership role in a disadvantaged society and thrive, thus making a real difference.

But such a leader must have their finger on the pulse of this society. This is not something which can be attained overnight; instead it requires the nurturing of the qualities of commitment, ownership and belonging which we have discussed. It requires a wholehearted love of the community and a sense of kinship and solidarity with the people who are being represented. It requires a readiness to see their leadership role as an enabling one rather than bringing personal power and knowledge as key.

We see these qualities in the most successful leadership structures in disadvantaged areas. These are locations in which resources and budgets are limited, in which challenges have a habit of stacking up quickly, in which people are put at direct risk when leadership decisions go awry. As a result, there is little margin for error and little room for a leader to blunder into the choices they make.

This is a sink or swim environment. If the leader sinks, the community may sink with it; if the leader swims, the community is likely to stay afloat. It is this high level of pressure which helps to galvanise engagement and ownership, closing the gap between the members of a community and those who represent them in government.

But this is not limited to the political sphere. The building blocks of any society are the families which exist there. Whether this family is a traditional unit of mother, father and kids, or has a different makeup, the dynamic is the same. The unit needs togetherness, solidarity, and effective leadership in order to be successful.

The same is true in our schools and educational institutions, in our workplaces and our non-political associations and groups; without an engaged and responsible approach to leadership, there can be no progress and no success.

A strong leader is an engaged leader; a leader who does not shy away from the problems they face, and who recognises these problems and challenges as their own. A strong leader wants each person they work with to walk away from a meeting together feeling better and stronger within themselves.