The Fallout from the Nauru Files: Australia’s Child Abuse Failings 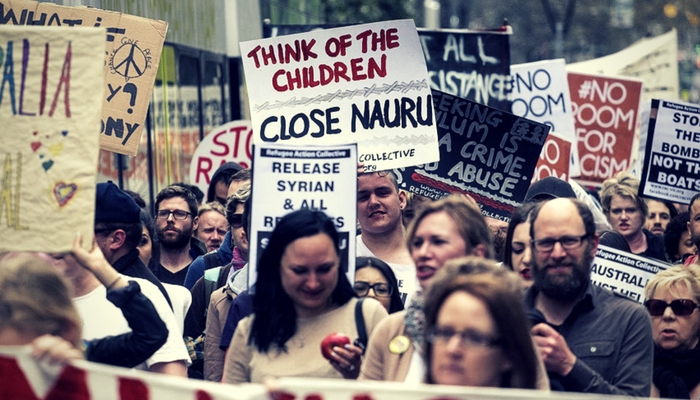 The publication of a package of documents dubbed ‘The Nauru Files’ by The Guardian newspaper earlier this month have re-framed the debate over immigration, asylum and abuse in Australia. Made up of over 2,000 leaked documents, the files detail the failings of Wilson Security – the contractors tasked with looking after asylum seekers at the facilities on Manus and Nauru.

The newspaper alleges that – between May 2013 and October 2013 – the contractors systematically failed to fulfil their duties, misreporting, fudging numbers and generally proving unable to protect the individuals within their care. Violations of privacy rights, threats of sexual violence and attempted self-disfigurement were examples of incidents unearthed when The Guardian published the files.

The Extent of Abuse

Examining the files is bleak and distressing work. Those who have been able to stomach it have reported a pattern. Time and time again, the files uncovered incidents involving children; exposing outrages wrought upon those least able to protect themselves, those least able to make their voices heard. In total, 1,086 of the reports – 51.3% - involved children, despite children making up less than one fifth of the detention centre’s inhabitants. The incidents they allude to are horrifying.

The problem with reports like these is that they are too easily compartmentalised. The outrages took place in a location far from our borders, perpetrated – or allowed to happen, at the very least – by a private contractor; the victims were not Australian, when we look upon our own children perhaps we will not see the same torment reflected in their eyes. The danger is that the true horror of what has been happening at those detention centres is then swept under the carpet, explained away, and then the government deflects any blame and the wider failings across our society continue to exist unchecked.

Devastation at Home and Abroad

This would prove a disheartening blow to the thousands of people working hard to eradicate child abuse from within our society. Statistics show that the number of child abuse notifications received by the authorities has been on the increase since 2010; a fact which could be evidence of increased vigilance within society, or of increased incidents of abuse. The findings of a United Nations survey carried out earlier this year described the abuse situation in Australia’s youth detention centres as “shocking” and described how children as young as ten years of age were “being held in inhuman conditions and treated cruelly.”

These testimonies serve as a reminder for those who would like to dismiss the claims brought by The Guardian, and the damning evidence of the Nauru reports. They also serve as a warning for those who are in danger of becoming complacent, or turning away from children who need their protection. The truth is, the fight against child abuse is one that we all must take up.

If we want to succeed, if we want to truly protect our children, then we must protect the rights and the safety of all the children whose care falls under our jurisdiction. Whether these children are Australian or otherwise is unimportant, whether these abuses take place on our soil or elsewhere is immaterial; do not turn a blind eye to child abuse. We simply cannot afford to.