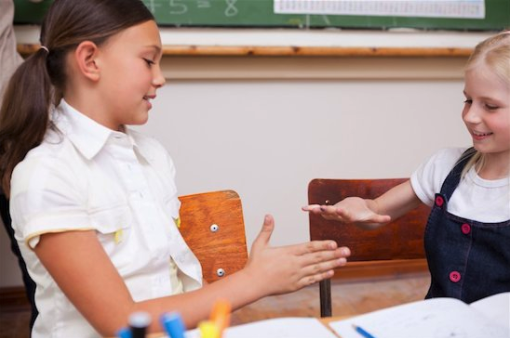 Why we should encourage the younger generation to develop their life values. Self-understanding provides a much needed head start in the modern world.

Direction; it's a fairly intangible, amorphous word which carries many different meanings. But it is an important word all the same, particularly for the youth of Australia.

After being asked the same set of questions over and over again, it is easy to see why so many Australian teenagers and young adults quickly become disaffected. Rather than being empowered by questions regarding their future, they instead feel smothered and constrained.

And yet thinking about our futures - even at such a young age - is important. Australia is facing something of an employment crisis in the younger generation as levels of unemployment or underemployment between the ages of 15 and 24 hit the highest levels in forty years during 2017; figures which make embarrassing reading for our Liberal government who have spent four years assuring Australians that the economy and jobs market are in good health.

Around one third of Australians are either unemployed or underemployed, at a rate of 13.5% and 18% respectively. The high underemployment figures have been blamed on a naive approach to job creation, which has left many workers - particularly young workers - in a precarious position on low wage / low working hour contracts.

So, the youth of Australia are certainly encouraged to think about their future, but isn't there a better way to go about it than this?

In terms of employment, many young people are already feeling the pressure of expectation on their shoulders. A classic barometer for measuring consumer spending power and confidence can be found in the property market.

For many years, the average age of a first time property buyer has been between 20 and 30. A recent report from News.com.au found that this was increasing year by year, and that the average first time buyer could be in their 40s or 50s within a decade.

This is stifling the younger generation. The pressure to have the same life that their parents enjoyed, and at the same time, is not only difficult, for many it is impossible. This is the modern financial landscape, and it needs to be approached differently.

Encouraging our youth to engage with their future is undoubtedly a positive step. However, it is counter-intuitive to expect young people to select a career path before they have the data required to make the right choice. Instead, we should be helping the younger generation to develop more of a sense of identity; a thorough knowledge of themselves and of what they deem to be important in life.

This is the process of choosing life values. It is this step which gives young people the philosophical basis on which to decide their future and what to do next.

There are opponents to this approach. These opponents tend to claim that developing such a set of philosophies to live by is a waste of time, and that young people should instead focus on carving out a niche in a career.

This is outdated at best and downright untrue at worst. This idea of 'carving out a niche' and 'learning a trade' is not how the jobs market works anymore. Instead, we see fluidity and dynamism within what was once a static field.

Nowadays, people are far more likely to change jobs multiple times over their careers. Research conducted by Roy Morgan in 2014 even found that half of the Australian workforce were considering a change in job and employer in 2015. It is no longer a case of finding a semi-decent job and grinding it out until retirement.

So, instead of making rigid career choices, we should be encouraging our youth to better understand what makes them who they are as a person, and what sets them apart from the rest. This is what will give them the skills necessary to navigate an increasingly complex - but increasingly mobile - jobs market.

At Chain Reaction, we are working to encourage this. This week's session deals with choosing life values and building this knowledge and understanding. Get in touch with the team to learn more.